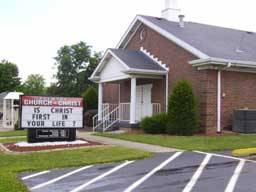 The Purpose of John’s Gospel

Therefore many other signs Jesus also performed in the presence of the disciples, which are not written in this book; but these have been written so that you may believe that Jesus is the Christ, the Son of God; and that believing you may have life in His name. (John 20.30-31)

John says it outrightly that he wants you to read his book and believe that Jesus is who He claimed to be. The miracles that He performed and that John recorded are the evidence.

The word translated “signs” occurs 17 times in The Book of John. He starts using this word with the very first miracle that Jesus performed (2.11). He quotes other people as emphasizing the necessity of the signs to back up His claim (2.18). He wrote about the result of Jesus signs – that “many believed in His name, observing the signs which He was doing” (2.23), because “no one can do these signs...unless God is with him” (3.2).

Without these signs, people would not believe (4.48). If Jesus did not perform these miracles, there would be no reason to believe His claim. He would just be another of the many “prophets” that have come into the world. But because He performed these miracles, so many of them that John couldn’t record them all – no one could (John 21.25).